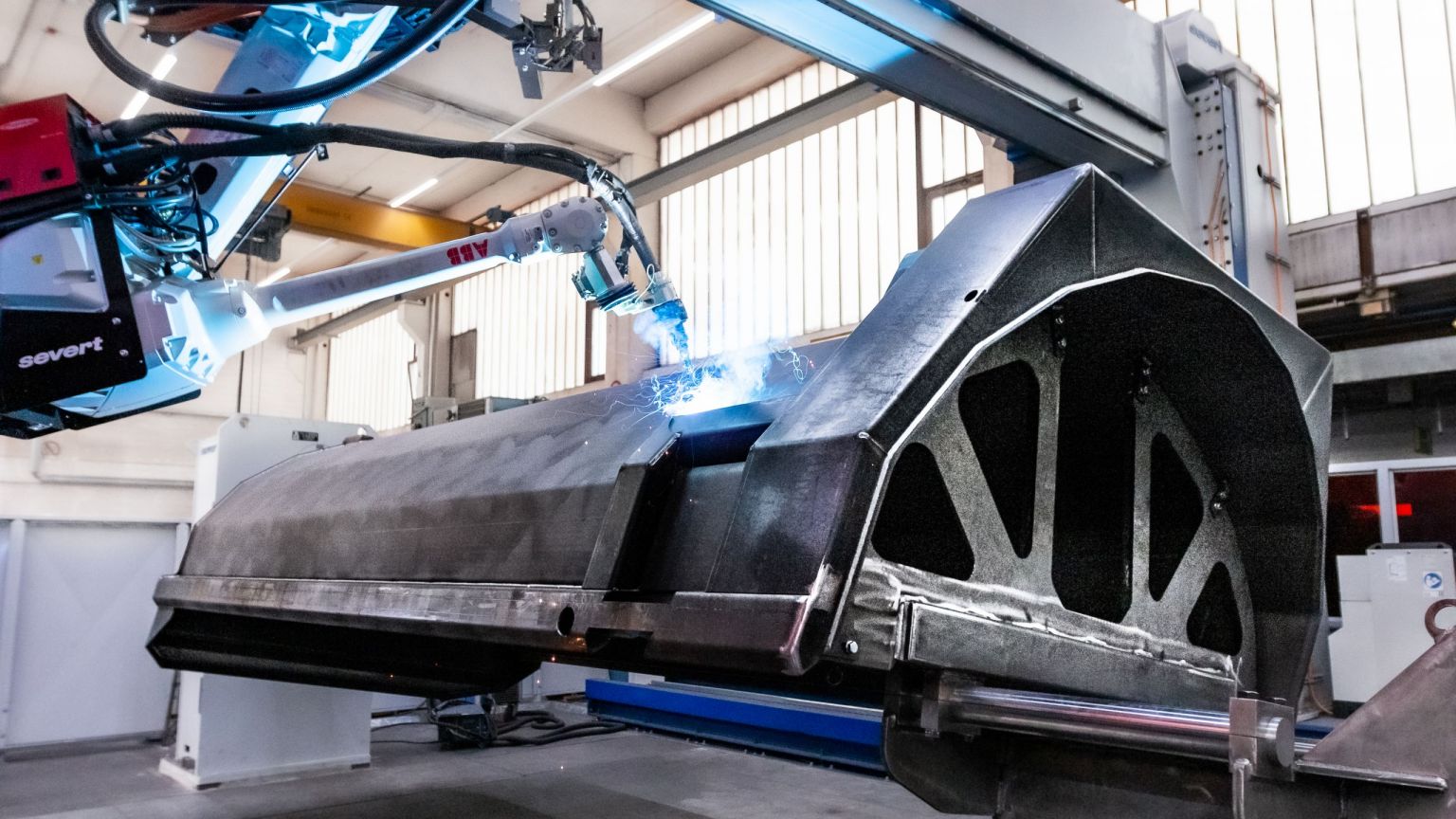 Krampe Fahrzeugbau GmbH has commissioned a new welding robot by manufacturer Wilhelm Severt Maschinenbau from the nearby town of Vreden to assist with body construction. It is already the second robot in use at Krampe, as a robot has already been providing support in the manufacturing of small parts for a number of years. Together with the new robot, equipment is being used which increases process safety by riveting the bodies first. Both solutions ensure that the quality of the vehicles remains high at all times.

The new support is boosting production, whilst employee numbers remain the same. The colleagues working in body construction have all received extensive training in operating the welding robot. They also take turns in working the early or the late shift, either on the robot or at their usual work station,
as this ensures a wider variety of work and protects the body construction employees from the strain on their posture when welding or the effects of heat exposure in the summer, for example.

The robotic welder can conventionally weld with a single wire (420 mm/min), but also comes with a tandem welding system in which two wire electrodes are charged in a burner with a shared gas nozzle. Thanks to the high deposition rate, welding can take place at an operating speed of up to 1500 mm/min, which is around five times as high as for a hand-held welding gun. The high deposition rate guarantees less heat input, thereby ensuring a lower yield point and warp-free welding.
In addition, a laser-optic sensor guided in front of the burner head monitors the positioning of the weld and reprogrammes several times per second during the process if necessary.

The bodies of the halfpipe and the new HD 550 earth moving tipper are being welded by the robot first,
gradually followed by the superstructures of additional vehicle types.