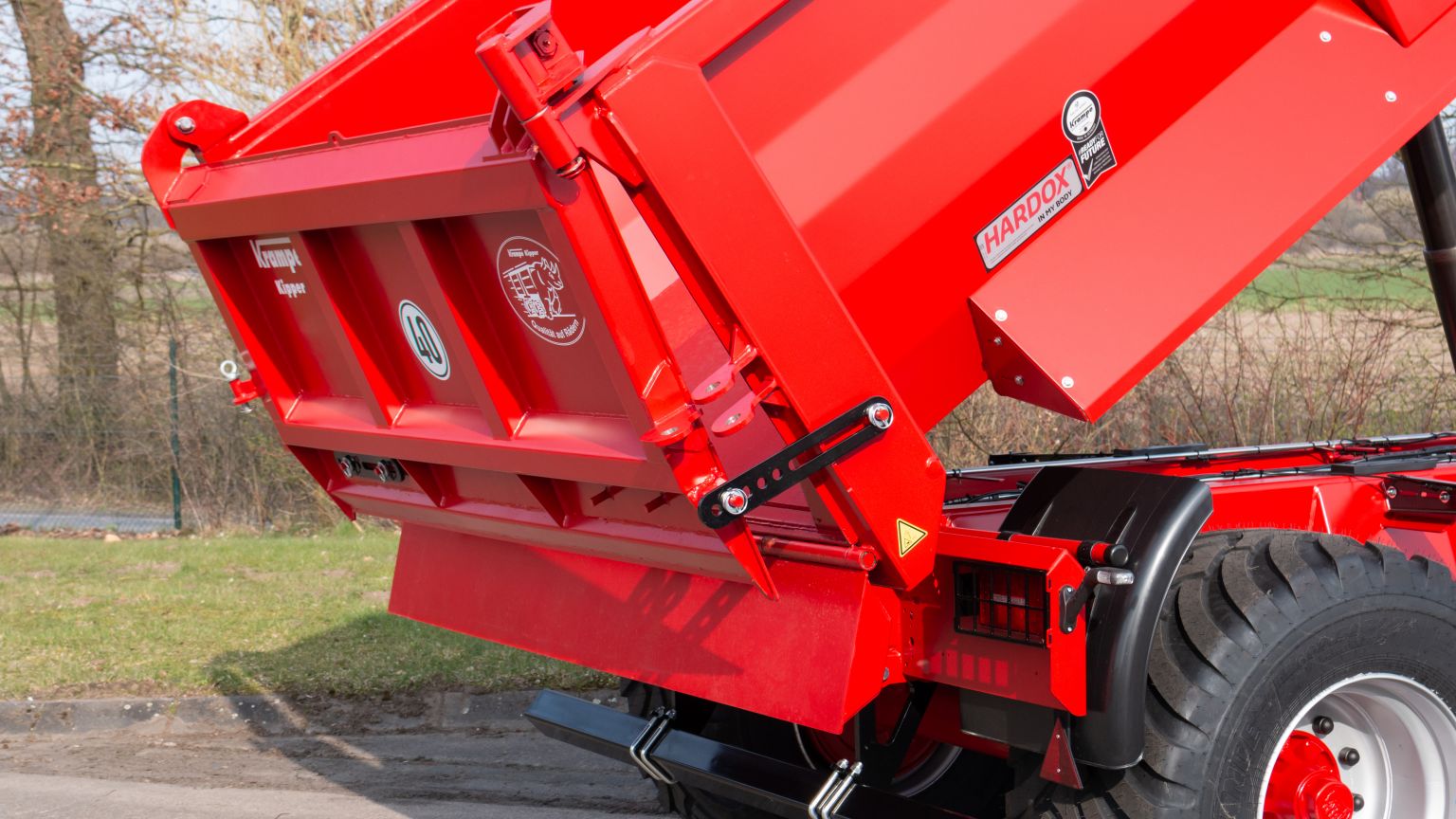 With the increasing number of Krampe tippers being sold in Scandinavia, the demand for Sörling tailgates has also increased. As a result, we have now added this type of tailgate as an optional feature on our SK series of earthmoving tippers.

The Sörling swivel-mounted swinging tailgate comprises two elements: First, the lower section – also known as the Sörling gate. This section is fastened to the bed of the tipper using a type of strap hinge and can be opened hydraulically.

Second, the upper section – a swinging panel that is mounted on pivot pins at the top but can also be swivelled sideways. This new type of tailgate is very easy to handle and increases the options for loading and unloading.

Benefits of using the Sörling gate:
The lower panel can be swivelled hydraulically, ensuring bulk goods are tipped quickly.

The Sörling tailgate also enables the loading floor to be extended. As a result, boulders and rocks can be kept away from the tail lights and vehicle rear during tipping.

The flat floor panel is easy to clean using a digger bucket after handling adhesive goods, and it's easy to remove material from the rear with the tailgate open.

Benefits of using the swivel-mounted swinging gate:
If the upper swinging gate is not required, it can be swivelled round to the side and stowed against the tipper body. This leaves the upper area free so that even bulky goods and tall machinery can be loaded from the rear. The tipper body can be supplied with optional lashing rings on the inside.

Switching between the various tailgate functions is super easy. This is done by moving a bolt, which also prevents operating errors. As soon as the bolt has been moved sideways out of the upper swinging hinge to the pivot function, this completes the switch in functionality.

The tailgate also has a sanding function, which is often used for maintaining tracks in Scandinavian countries with crushed stone. To set the opening angle on the swinging tailgate, a slotted rail is quickly and easily attached via a linchpin, then stowed away again on the tailgate when no longer in use.

You don't often see this handy pivot function available on the market.

The first Krampe tippers with the new tailgate are already being used successfully in Denmark.